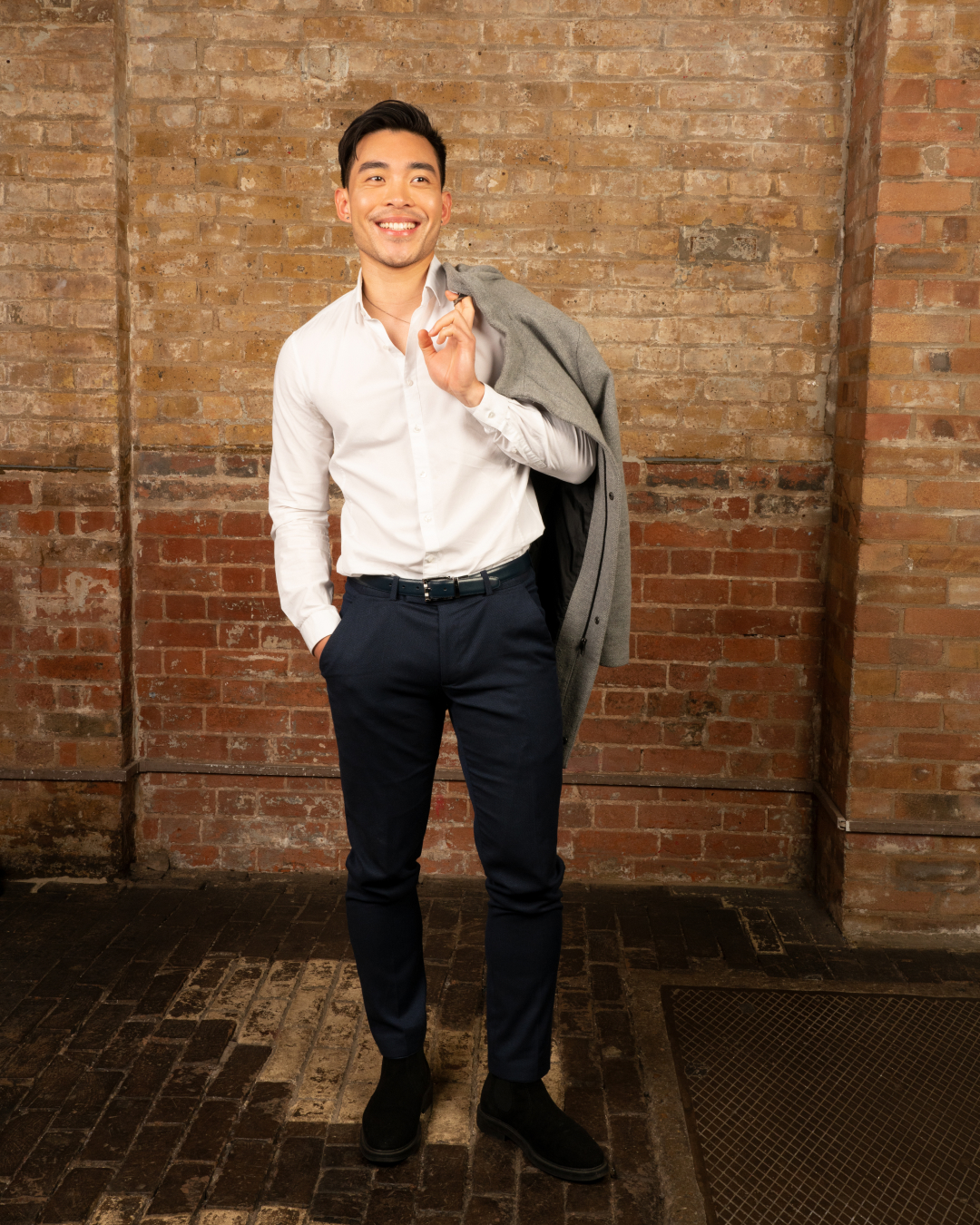 “Whenever I’m on the phone and I introduce myself as Chip, everyone seems to assume that I am a 60 year old white dude from Ohio. Given the name’s history and its peak of utilisation for child naming in the US during the 1960s, it is only understandable I guess. My dad never gave it much thought when he named me – his Czech friends called him Chip in high school and because he liked it, he just passed it on to me. Now imagine you’re growing up in the Czech Republic with such an unusual name while also being the only Asian kid in town – sticking out like a sore thumb in an already incredibly homogenous society, you either swim or you drown haha!

Nevertheless, as much as I would love to tell you more about myself, my background and the journey I’ve had hitherto, I believe it may be more impactful for me to leverage AIB’s platform and focus on sharing my thoughts about something I am becoming increasingly more vocal about given the tragic events that have happened in the last couple of days, months and even years.

Asian Representation in the western media and perception in the society

As Confucius once said, “Acting is my baby” and I wholeheartedly agree with that quote. I adore the craft and the happiness derived from it is not contingent on necessarily having to attain success within the industry – the art itself, the institutional challenges and character development are what keep me hooked in and excited. However, I started realising that there have been certain bottlenecks, or ‘bamboo ceilings’ if you like, which prevented East and South East Asian talent from booking acting jobs and from being portrayed as genuine, multi-dimensional and diverse individuals – just as we are in real life. When I started acting a decade ago, I was always typecasted for supporting roles as either a mafia man, weed planter or a martial artist. My role in my first feature film “Miss Hanoi” (Netflix CZ/SK) is a perfect example of it – the character “Hai” was the epitome of Asian stereotypes but since it was a relatively important role which gave me an opportunity to book my first screen acting job and get some great credit for my résumé, I just had to suck it up and take it for the sake of my prospects. That’s when I started to question it – is this how my future career is going to look like? Am I always going to be casted for Jackie Chan type of roles or will I ever get to be the ‘Chuck Bass’ in Gossip Girl?

I knew that in order for things to change, I needed to take the reins of my own fate and not rely on things miraculously getting better. Well, the good thing is that I revel in doing things that people tell me I can’t do! I’m still developing my craft but I have also embarked on a journey of advocacy and activism which connects my passion and the rightful social representation that I strive for. I’ve joined an organisation called BEATS which is a wonderful not-for-profit advocacy organisation founded by British East and South East Asians [BESEA] working in the Theatre and Screen industry, whose work I also find incredibly refreshing and revolutionary. And trust me on this one, if we can improve our presence on Screen and in Media, this will trickle down to the society as well. For it is the Media that controls the minds and perceptions of people and if we can achieve the cessation of vilification of East Asians which has been subtly ubiquitous in the western society since the late 1800s with the arrival of Chinese rail-road workers in the US, we will also be able to finally normalise OUR Asian experience within the western context. Of course, it has been ongoing for centuries now and the consequent issues such as sinophobia connected to Covid-19, emasculation of Asian men, hypersexualisation of Asian women and many more which are only a tip of an iceberg – these can be at least partially addressed by helping Asians have stronger voices and representative, diverse portrayals on Screen. Or even better, helping Asians to be the writers behind your projects and giving BESEA talent the opportunity to share their experiences and produce their own original content which will in turn also present the right amount of opportunity for Asian actors is exactly what we need to make a difference.

A useful personal anecdote: I have been recently cast as the Asian character in ITV’s fictional “Love Island: Mobile Drama” and if it weren’t for an Asian writer being present in the writers’ room, the character of “Kim” might have never been of Asian descent – it just shows how important representation is both in front and behind the camera!

I’m hoping this has given you an insight into something you may not have been aware of or simply have ignored in the past since it did not affect you. However, in fact, the concept of intersectionality suggests otherwise – our struggle is not limited to our own and in order for us all to move forward, we need to help each other achieve equality and equity and there is simply no other way – we all need allies. As for me personally, I’ve dedicated my career to deconstructing these stereotypes. I want people to know that we are here and we have our place. We are strong and proud of our heritage. It will be a long journey but baby, it will be oh so rewarding once we get there!