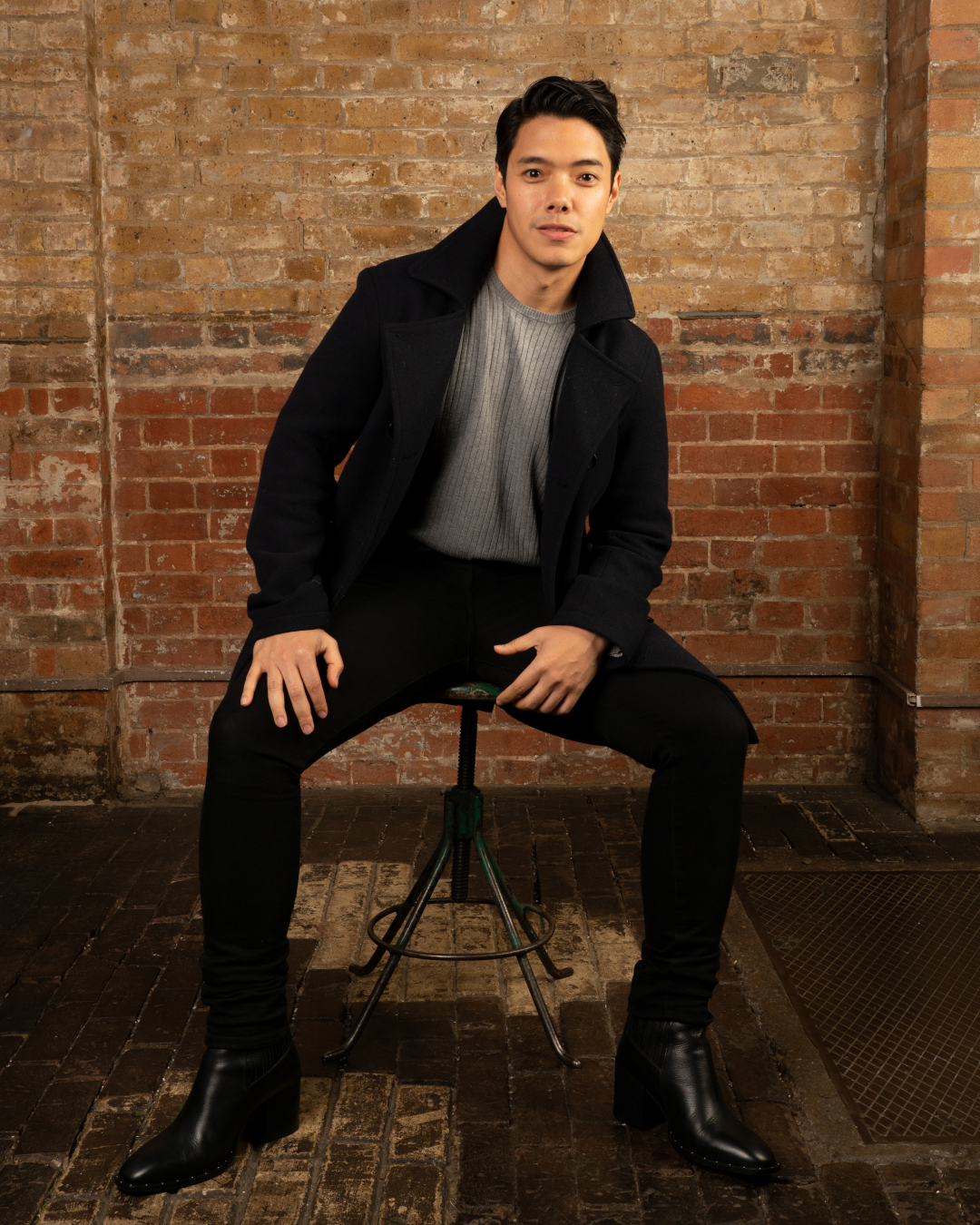 I’m an actor based in the UK. I’m mainly a musical theatre actor but I hope to eventually move to straight drama, and different platforms and media, particularly on screen and TV. I’m also an immigrant and for most of my life, I was born and raised in Manila. I started acting professionally when I was just 11 years old and built my career in the Philippines.

As much as I tried to, it was difficult for me to sustain myself financially as a theatre actor in the Philippines because the industry is still very young. In order to expand myself, I graduated as a film major from the top University of the Philippines. I eventually sold my soul to the corporate world and built a career in advertising by directing commercials. I did this for 9 years and it really drained my soul. I think it really just burnt me out and it came to a point where I just needed a break from it and go back into theatre, my first love, to retain my soul. I was completely spent and depleted artistically in the advertising world as it had become way too toxic as well. I needed theatre for my mental and spiritual health. In some sense, I was lucky because I had a good relationship with the theatre companies so returning to the stage didn’t prove to be too difficult. It was like coming home.

Soon after, I told my wife that I didn’t want to do theatre as a backup anymore. She was extremely supportive. She’s a lawyer and much more intelligent than I am so she said, “okay, what is your dream and how do we get there?” I told her that the only way for me to do that is if I study in London. London is the global standard of theatre. It has a rich history, a vibrant culture and a deep love for the practice and industry of Theatre. I was even willing to start from the ground up. I told her that if it meant having to clean toilets, as long as I’m cleaning the toilet inside a theatre, I’ll do it. I had that true immigrant attitude- opportunity comes from putting in the hard work. I believe that as long as you open yourself out there to the universe, it will respond back to you favourably. It’s funny, because I quit my job in January 2017 and started to take on acting jobs in preparation for Drama school. By the end of that year, I got an email from the Cameron Macintosh Group asking me if I wanted to join the Miss Saigon UK and International tour the following year. It was really surreal. I told my wife about it and asked her if I should take the job or study because I also got accepted into drama school. I remember her telling me, “you’re going to school to have that job. Take the job.” She was really practical! So she jumped ship with me and I took the job. Miss Saigon has always been a myth that I have constructed in my mind throughout all my 20+ years as an actor. It was such an important show to me, not just for all its glitz and accomplishment, but for what it meant to every Musical Theatre actor in the Philippines. It’s quite literally the “American Dream” come true- like getting the Willy Wonka golden ticket for an opportunity to fly abroad and have a better life. It’s sad but also still true.

We Filipino theatre actors know Miss Saigon because of Lea Salonga. Lea IS Miss Saigon. Lea was born and raised in the Philippines and was discovered at the age of 17 by Cameron Mackintosh when they held open auditions in Manila. She played the lead role Kim and won the Tony and Olivier Awards. She and other Filipino actors who flew with her to London, basically put us Filipino MT actors on the map! From then on Miss Saigon has always had a special relationship with Manila. There are countless Filipino Kims, Gigis and actors forever changed by the opportunities this show gave them- mine included.

My time in Miss Saigon has been a very sobering experience for me. As a human, actor, critical thinker and academic, I have realised a lot of things. I have learnt how to form my own opinion about certain controversial issues. My experiences allowed me to grow not just as an actor but also as a professional. I have a better understanding as to what I like and don’t like, what I agree with or don’t agree with and what kind of artist I want to be moving forward. Seeing how the “pinnacle” of musical theatre for an Asian actor is limited to just either Miss Saigon or The King and I really say a lot. It’s hard for me to chastise actors who have to do it because those two shows gave me the opportunity to move to the UK. Then again, we are at a time when we need to converse about stereotypes, their detriment, and their contribution to the limiting views on who we are as Asians. I’m more than my work. I think my experience has empowered me to sharpen my focus and decide on what kind of artist I want to be.

The reason I wanted to join this photoshoot is precisely because of my experience with Miss Saigon and The King and I. I wanted to share about what feeds my soul and talk about my authentic experiences as a Filipino and as an immigrant. I don’t consider myself an activist. I am an artist with strong advocacies but I think there are far better activists out there who are doing a fantastic job mobilising the communities and strengthening our collective voice. But seeing projects like #TakeYourPlace is such a breath of fresh air because it celebrates us at the centre of what we do! There’s something very aggressive but positive and celebratory about it. There’s a beautiful quote by Sam Keen “The telling of your stories is a revolutionary act.”

I also wanted to diversify my participation and tell more stories. I recently started a project and workshop about understanding and contextualising the Filipino accent specifically for Filipino actors. It’s not just about mimicking the sound but more importantly, digging deep into the context and history. My dream is to develop it and maybe publish a paper or a book on it. At the end of every workshop, I always invite the group to take a Shakespeare speech that they know off by heart and recite that audibly in a Filipino accent. There’s this whole paradox of complex emotions because we’ve only heard the Filipino accent performed as a punchline or a joke. So to use this sound in a serious dramatic context is novel and empowering. I think to embrace the Filipino sound is to embrace the Filipino migrant story. That’s essentially the thesis that I’m trying to talk about.

Finally, I would like to share some great news. I’m about to make my West End debut at the Theatre Royal Haymarket with Heathers the Musical. What’s amazing is that I’m playing a character that is traditionally played by a Caucasian actor. The character is Ram Sweeney- the mean high school football jock douchebag. As an Asian immigrant, I can see something happening right there. While the whole show is farcical and plays on high school stereotypes, it’s interesting to see an Asian man play a hypersexualised, uber-macho, and traditionally white character because Asian men for the most part in mainstream films and theatre are never considered “desirable”. So it’s exciting to break the trope of exoticism if only in my own little way.