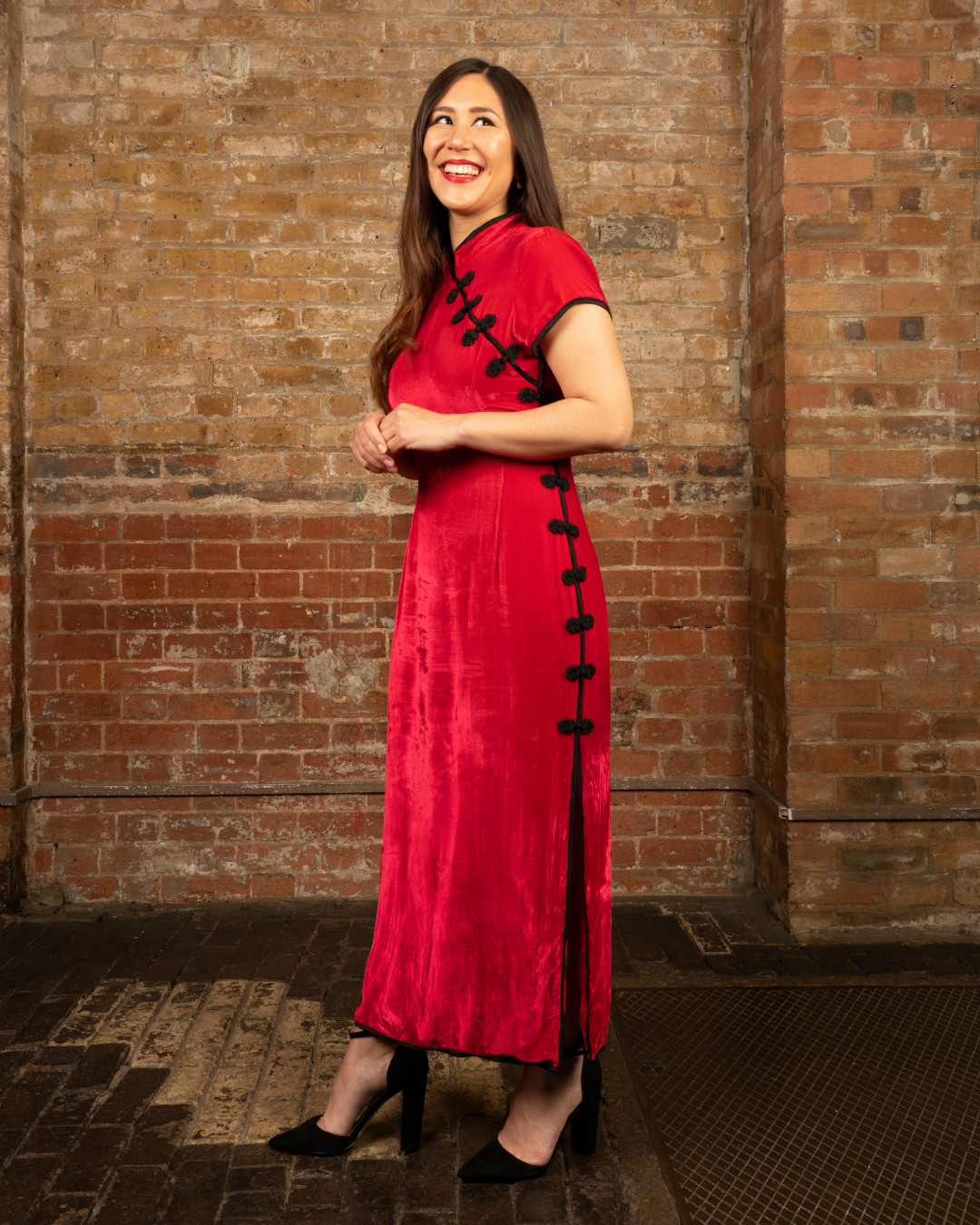 I’m half Chinese Malaysian and half white Australian, though I moved to the UK 14 years ago, so London is kind of my home now. I’m currently the general manager of a record label called Soundway (@SoundwayRecords) which mostly explores non-Western music, including music from the African continent, Latin America and Asia. Having worked with such diverse artists for 4 years now has definitely given me a better understanding of music, culture and race. It’s really broadened my horizons, which is precisely the reason why I came to London in the first place. I also love to DJ but haven’t had much of an opportunity to do so with a live audience since the pandemic and lockdown.

I grew up in Australia before social media was the norm, so we were pretty much cut off from the rest of the world, especially since I’m from a relatively small city called Adelaide. I was the only East and South-East Asian person in my school year until I was around 12 years old and was usually relegated as an ‘outsider’. That’s when I met one of my best friends who is mixed Chinese-Vietnamese. When she arrived at my school I was really excited because I finally found someone who looked similar to me. After high school I went on an exchange year in Switzerland, and my eyes were opened up to how different the world could be. After returning to Australia to complete university I yearned to become part of a global community and to not feel like an unwanted outsider. That’s why London has been such an amazing and eye-opening experience for me because I feel like generally I can blend in much more. That’s not to say I’m a wallflower! But I was sick of standing out in a way that made me a target for abuse or discrimination.

Growing up, even though I was half white, my Malaysian mother’s influence was so strong that I was still your “standard Asian kid”. I aimed for perfect grades, loved video games and Sanrio, and I learnt the violin, piano, guitar and the recorder. My dad, from whom I inherited the white Australian part, is a composer and professional pianist. My mum worked for the state art gallery until her recent retirement. So I very much had an arts and culture background. Despite that, there was a lot of pressure from my large extended Asian family to go into business or the kind of career that is more desirable in that culture. Thus, I ended up studying business at university, but I also studied foreign languages as well, including Chinese, Japanese, German and French, because that was my avenue to global connection.

After about 7 years of working in the corporate world, I came back to music. At first, it was mostly just soundtracking at my friends’ parties, but after a while, I quit my job and became a full-time DJ, obviously, to my mum’s horror. After 3 or 4 years she was still asking when I was going to get a real job. But by then, I’d already built a reputation and client base, and learnt to hustle for work. I then got involved in record label management through different contacts in the industry. It was a full circle since I learnt how to manage businesses and then I went into music. Now, I’ve married the two of them.

As I said, I grew up in a non social media generation. Because of that, it was really difficult to be able to explore my identity in a western country as an Asian person, unless I met another Asian person. I never had the chance to really explore it and never really came to terms with it. I think I had internalised racism for quite a long time and it wasn’t until I was in my early 30s that I really wanted to know about my heritage and learn where my family came from. I did study Mandarin for 10-12 years but my family mostly speaks Cantonese and Malay. They were happy that I’d learnt Mandarin but I would still be excluded to some degree in certain conversations with them because of the language barrier.

I’m also an early member of ESEA Sisters (@esea.sisters) which is a group created for women, trans and non-binary, originally for those within the creative industries but now spanning all careers. We came together because we had been experiencing even more racism during lockdown. Asian women experience a very specific type of racism, i.e. sexualisation and fetishisation, so it was created as a safe space for women and femmes to talk about sensitive topics. We want to protect people’s trauma and privacy around that trauma as well.

I regret not connecting with my Asian side more as a younger person but my internalised racism stopped me as a way of survival, and western society had denied me the opportunity for so long. When the photoshoot came up, I realised I had never been in a photoshoot with other Asians before. I know it sounds weird, but social media afforded me this opportunity to connect with other people without feeling judged, and to be in a place where I feel accepted. I’m grateful for the solidarity and communities that I’ve now connected with.