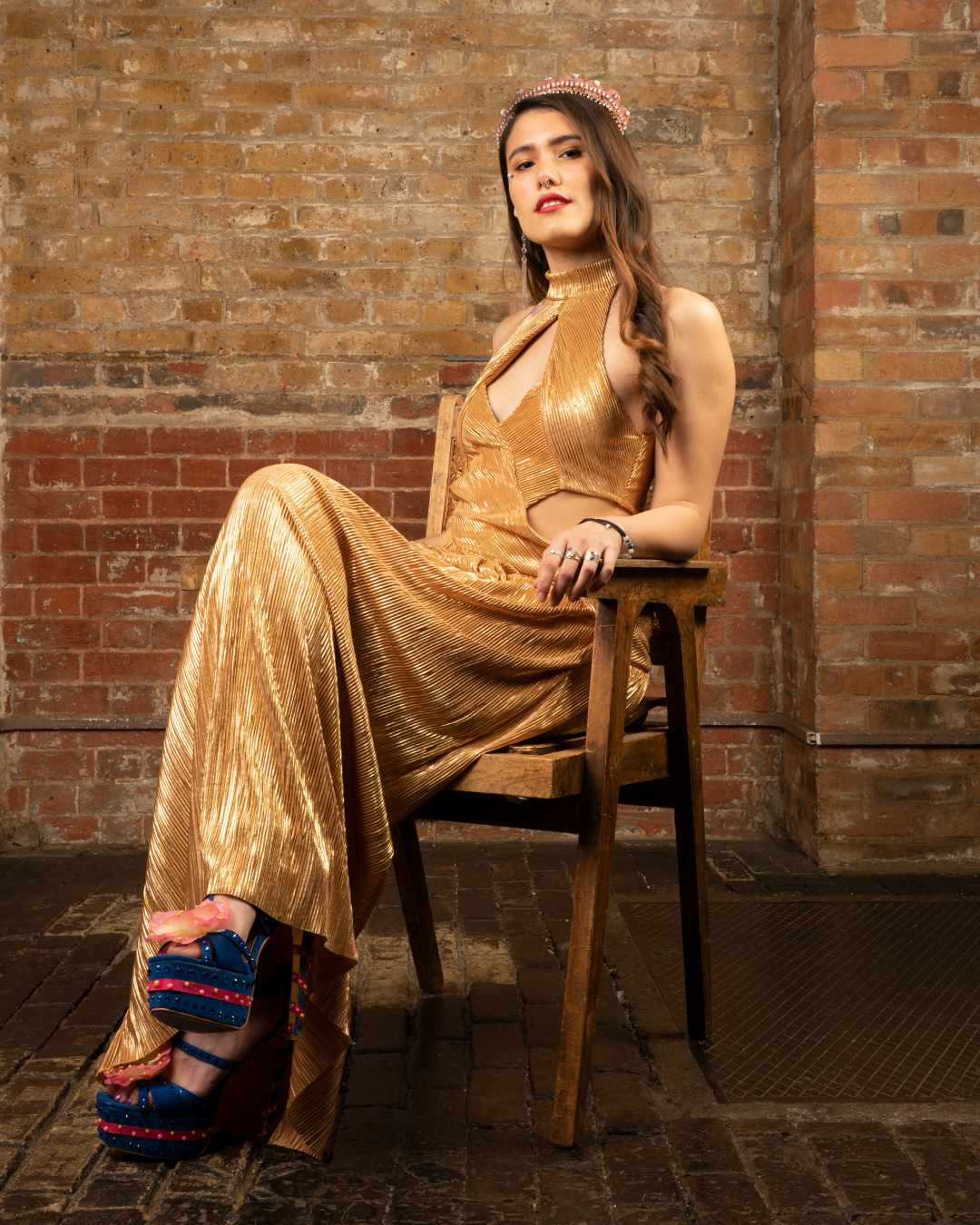 Languages and music have always been my greatest passions in life. I started playing the piano when I was only two (classic Asian kid!) and have always been an avid singer. As I got older, I also learnt to play the guitar, ukulele, harmonica and now I’m learning to play the đàn tranh (Vietnamese guzheng). After seeing Avril Lavigne’s terrible multilingual covers of her song “Girlfriend” back in 2007, I had this realisation that I could be fusing my passions for music and language together – and do SO much better (the Chinese version will make your ears bleed). I also make a wide variety of short-form video content for Tiktok and Instagram about my experiences as a mixed kid growing up between Hong Kong and Italy, skits about my typical Cantonese mum and of course plenty of language and music content.

My life goal is to bring people together and connect the world through music and language – I’m a firm believer that sharing our cultures is the best way to unite the world. This is still work in progress as I’m still learning how to produce music, but my aim is to make music in different languages. I currently speak 9 languages: English, Cantonese, Mandarin, Itaan, French, Spanish, German, Russian and Portuguese. The dream is to speak at least 10 languages fluently – I’m currently torn between Korean, Turkish and Hindi! So far, I’ve also taught myself to sing in 22 languages – I love discovering music in different languages, and find so much joy in learning how to sing it and trying to decode the lyrics.

Growing up, languages was always the subject that a lot of my classmates dreaded the most and was seen as painfully uncool. I think the way languages are taught in school aren’t usually engaging enough to cultivate that passion, nor instil much recognition of the doors that languages can unlock. In my experience, speaking multiple languages gives you more opportunities to connect with a wider pool of people on a deeper level. However, there are also other ways to forge meaningful connections. As the famous quote goes, “Music is the universal language of mankind” and it couldn’t be more true. Remember the K-pop super hit “Gangnam Style” which took the world by storm? It transcended all language barriers, brought people together and also sparked worldwide interest in Korean culture, music and language. I wish that more artists would find ways to break through the chains of thinking that you have to sing in English in order to connect with a wider audience or have international success. Personally, I think that popular music has been too English centric for too long. I also find it problematic that almost any music that is not in English, whether it is psychedelic rock or reggae, just gets lumped under “World music”. What does “World music” even mean? Surely all music from planet Earth is “World music”? Why are English-speaking countries not part of this “world”? It’s definitely refreshing to see more and more foreign language music becoming popular and entering the charts these days, but there is still a long way to go if we really want to decolonise our music and even out the playing field. Don’t even get me started on the lack of Asian representation in music! Seeing small steps of progress being made inspires me to be a part of that change.

Unfortunately, I’m not able to be a full time princess yet, so I work in social media for my 9-5. The beauty of managing several media brands with sizable followings is that I’m able to create or amplify meaningful content that has potential to bring us closer to living in a more inclusive and equal society. After the Atlanta shooting, the US branch of my company sent out an email with some resources and AAPI organisations to support. However, I found it very US-centric, and was disappointed that the UK branch didn’t take this opportunity to shine a spotlight on the British Asian experience as well as local organisations or businesses to support. Let alone check in with any ESEA employees. It was a difficult and emotional time, so I checked in with my ESEA colleagues and realised they too were feeling invisible and unsupported. This motivated me to reach out to my company and try to get involved in improving things. After George Floyd’s unjust murder last year, my company did a great job in sharing resources and even giving us time off work to really educate ourselves as best as we can. Having learnt so much from this, I wanted to do the same by sharing these resources on the social media pages I manage, and hopefully with the wider company too. That’s how I came across Asians in Britain and the podcast High Expectasians which was one of the few resources I found that focused on the British Asian experience. Although my resources didn’t get shared, what’s most important is to keep trying to do our best,

just as the generations before us. It’s thanks to their efforts that we’re heading in the right direction. Even if we don’t get to the end goal in our lifetime, our small contributions do add up and push us further towards the right direction so that we can pass the baton on to the next generation. I recently faced a torrent of anti-Asian hate online after calling out an Italian meme page for posting racist “jokes” and linking it to the normalisation of racist programming on Italian TV. I received death threats, rape threats, bespoke racist memes and all sorts of unimaginable DMs/comments from hundreds of people. This really gave me a reality check on the actual state of affairs, especially in Italy, and made me realise how much more work needs to be done. This only compelled me to do even more – I can no longer sit idly and watch as everyone else does the work.

When signing up for this photoshoot, I didn’t expect to be included since I’m mixed race. Due to past experiences, I often worry about being “not Asian enough” to be included in this kind of work. I acknowledge that due to my appearance and privilege, I don’t experience nearly as much discrimination. Yet by the age of 5, I already understood that being half white, whether it be in Asia or Europe, meant having privileges that my mother or Asian family members did not. Due to my white privilege, I realise that less of my energy is zapped from me from daily discriminations, so I want to help take some of the burden off the shoulders of my ESEA brothers and sisters. At the end of the day, I’m not just doing this for myself, I do this for the people I care about – my friends and family.