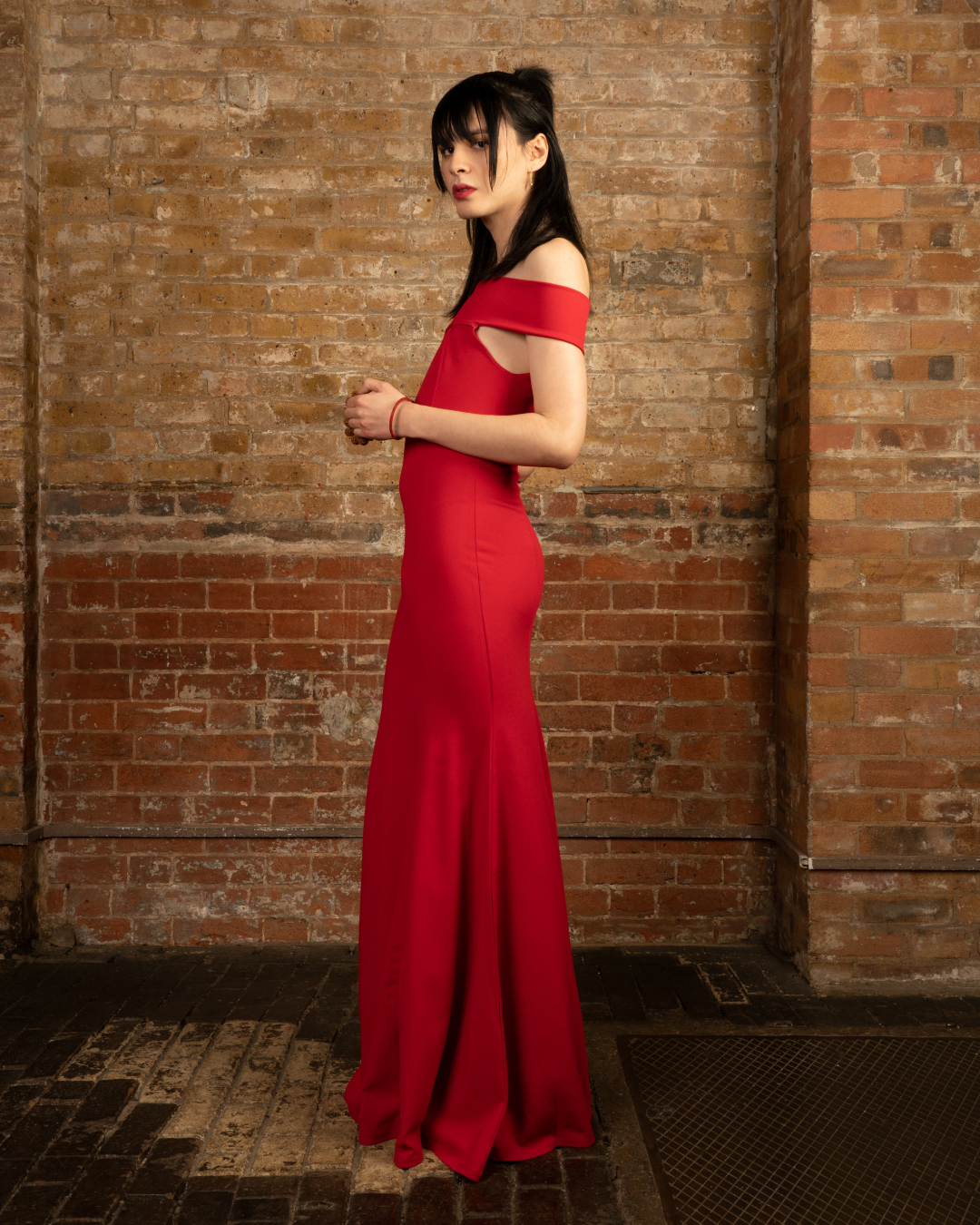 I’m a mixed race British-Chinese writer, performer, spoken word poet, multidisciplinary artist and Mandarin translator. Being born and raised in London, I’ve always been exposed to so much culture and diversity growing up. It’s the only place I could ever truly call home. As a mixed race person there aren’t that many places in the world where I can walk down the street and not be seen as a foreigner.

Generally, I do a lot of different things, but my work is mainly influenced by a combination of my identity – existing as a mixed race Chinese trans woman in a post-COVID, post-JK Rowling world and finding the intersections in that, as well as stuff I notice in my day to day life.

I’m also a TikToker (@basedbbyenxi) with a nice little platform of 16k. I feel very blessed that I have such a platform because although it’s not the hugest number of followers, it’s still a platform for me to talk about things that I find intellectually stimulating and connect with like-minded people who are interested in what I have to say. A lot of my videos are primarily influenced by ideas of identity intersectionality and social justice. That’s what I fight for, because having grown up as someone who is a combination of being both very oppressed in some ways and very privileged in others, it ‘puts me in the middle of every possible intersection’, to quote my good friend Diaodao Yang (check out her podcast Loud Murmurs btw!!)

As a neurodivergent mixed-race trans woman I guess I’ve been forced to learn how to see issues from different ways and perspectives as a survival tactic. A lot of people aren’t going to understand me and I didn’t always understand other people (in a lot of ways I still don’t), I really had to work at it. This is why I try to advocate not just for the communities I belong to, but other similarly marginalised and other underrepresented communities, because I know how it feels. When you already exist on the margins of an already marginalised group or groups, being seen and heard is so, so important. You need to take up space.

I also have a lot of discussions on TikTok regarding Asian Americans. In a lot of ways I’m grateful that they’ve created so much of the discourse that we can use as a template and a framework for understanding our own situation. They’re a fascinating community. They frustrate me in equal measure, but at the same time, we can also learn from their mistakes that have had lasting consequences and know what we should or shouldn’t do. Important things are happening and it’s not just for us in the UK but for the Western ESEA diaspora all over the world. We’re lucky that the BESEA community is still at a fairly early embryonic stage where we’re still feeling out and trying to define our identity, and that means we can still stamp out the problematic elements where we see them. Having examples to learn from is a privilege, in many ways.

I’ve been in a lot of spaces where there are a lot of Asians such as Abacus society or Chinese society in university but it’s not the same because we are all only united by our ethnic identity. Even then, because I’m mixed race, there’s a huge gap between me and the rest of them. Whereas being part of the photoshoot is different because we are all there for a similar cause and beyond the colour of our skin. I think it’s also amazing how we also have a lot of South-East Asian representation in the room because I feel East Asian voices have typically dominated conversations around racism and representation. Some East Asians also feel uncomfortable admitting that they have privilege because they have been oppressed in some ways. East Asians definitely occupy a weird space where we are both oppressed and privileged. The fact that the privilege is there can cause tunnel vision where you’re focused on the oppression and be blinded to other’s oppression. I’m glad the photoshoot has provided a platform for, promoted and uplifted a group of people who are not the people you typically expect – the presence of so many LGBTQ+ identities was such an encouraging, beautiful surprise.

Growing up mixed race means constantly having people challenge me, whether it’s by white people telling me I’m a Chinese or by Chinese people telling me I’m not. But in some ways, it made transitioning easier – I’m used to being invalidated and having people tell me what I am or what I’m not. It doesn’t mean it doesn’t hurt, but it helps me deal with it better. At the same time, I do remember that as a half white person, I do have a lot of privileges. I’ve also been a victim of anti-Asian harassment on the street, and although it’s horrible it’s only happened to me 5 times in the past year. A lot of people have gone through much worse because at the end of the day, not everyone is going to see me as East Asian, and at a time like this, that’s a privilege, so I try to be aware of that.

At the end of the day, what I realised is that all these things that I’ve experienced have allowed me to stop viewing myself through how others might view me. My existence, my identity and what I represent makes a lot of people uncomfortable, and the fact that I’m loud and mouthy and opinionated makes people even more uncomfortable. I feel like a lot of the hate I get is the result of people not knowing how to deal with me or what box to put me in and I guess it’s a good thing – people should think about and reflect on things that make them uncomfortable.

The reason why I joined the photoshoot was firstly… because I never wear formal clothes, so I really wanted to do it and take pretty photos! Secondly and much more importantly although growing up in London I’ve been blessed with a very diverse group of friends, including Asians, I never really had that sense of a community. There may be a few organisations but still in general, East and South-East Asians in the UK are generally scattered individuals and smaller groups rather than a community with a strong, cohesive identity. I was so excited to find out where all these beautiful ESEA creatives have been hiding!

I do feel very privileged to be able to take part in something like this and rubbing shoulders with all these people who are doing the work to push our community forward. In some ways, ESEA has emerged as some sort of political racial label for us, similar to what Asian Americans were back in the 1960s and 70s. It was a political label that arose as a result of oppression.

But our identities as ESEA people shouldn’t be defined by our oppression – we’re so, so much more than that, and I really hope this photoshoot gives everyone a chance to see our community’s beauty – inside and out.