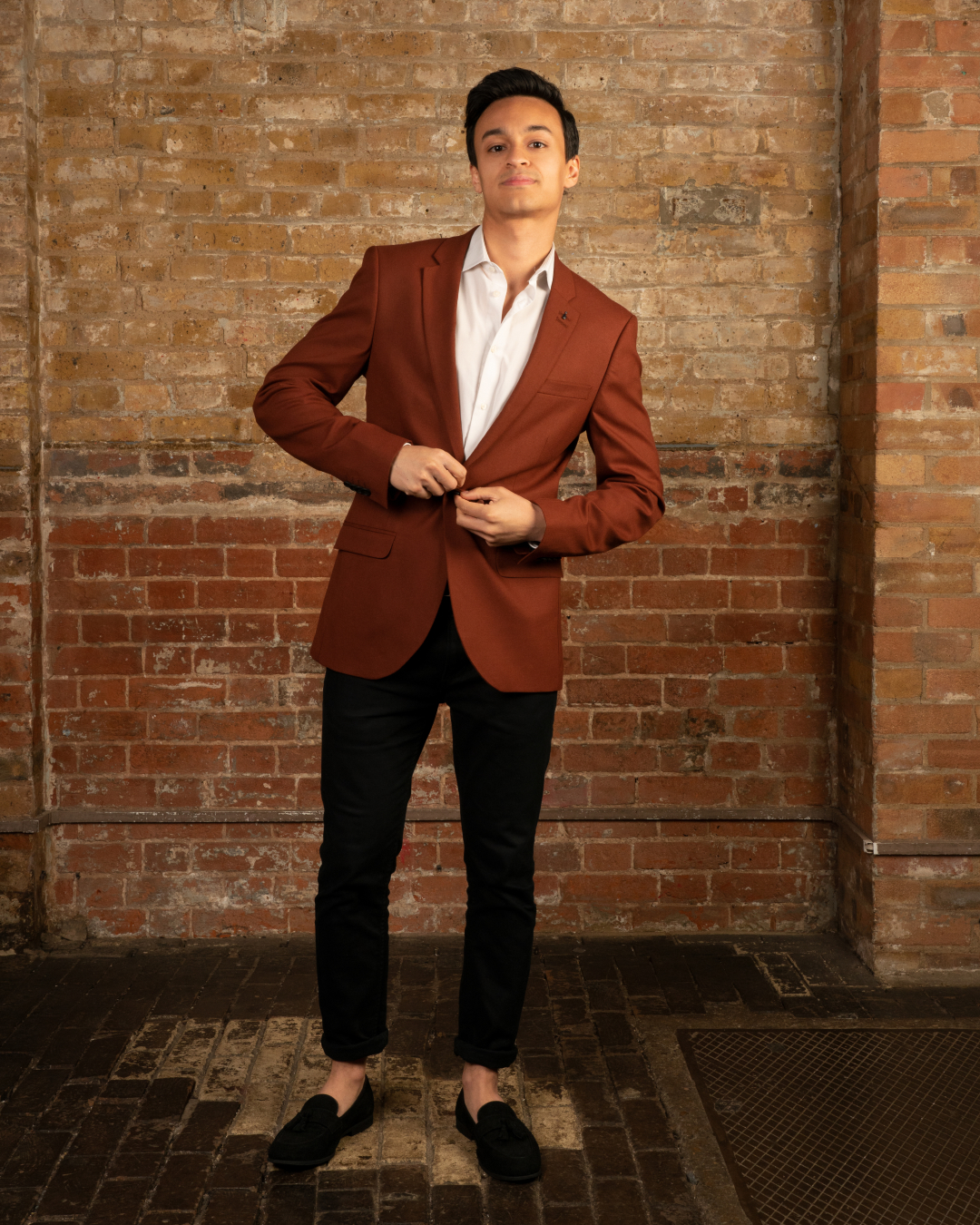 I was born and raised in London, but both my mother and grandmother are from Malaysia. They were born and bred there. In fact, my mom lived in Penang for a bit before moving to Hong Kong and went to a British international school. My grandfather was an engineer in Malaysia and because his work got transferred over to the UK, the whole family went with him. My mom then met my dad, who is from Morocco, North Africa. I suppose my mixed heritage is a rare one because it’s not one that you come across often. Growing up, I struggled to specify my heritage when asked about it. I very much fall into the “other, please specify” category in forms!

I followed my grandfather’s footsteps and completed a degree in Civil Engineering, but my main hobby growing up had always been musical theatre. For a long while, I’d been focused on academia and would push myself to do well in school. But at the same time, it was nice to have that creative release with theatre. When I graduated, I was fortunate enough to gain a place on a graduate scheme, working in project management within the engineering and construction industry across London for 2 years.

I think I was 23 or 24 when I was approaching the end of my grad scheme that I began to re-evaluate my priorities in life. In the beginning, it was financial stability and job security. In fact, I actually really enjoyed my graduate scheme but I came to the point where I thought to myself, “Do I really need to be prioritising money? Am I going to be happy doing this for the rest of my life? Or do I actually want to try and do what I love as a career?” I concluded that I’d rather prioritise enjoyment!

Theatre has always been a way for me to be expressive. Growing up as a kid, I wasn’t the loudest kid in the room. I was actually quite shy and quiet. So performing was a way to allow myself to open up and increase in confidence. I also started theatre pretty young, around 7 or 8 so that’s probably why I enjoy it so much. I was able to make new friends and it was a release for me both emotionally and creatively. It sounds really cliché, but that’s just what it was to me! When you’re performing, you feel this adrenaline rush that you cannot recreate and you forget about everything else that’s going on in your life. You’re solely focused on the story that you’re telling and I just love that feeling.

I knew about a one year Master’s course in musical theatre at the Royal Academy of Music in London, which was targeted at those who had some sort of experience but didn’t study it as an undergraduate degree. I went on to audition for the course and was fortunate enough to secure a place. The pandemic has obviously hit the theatre industry really hard, so I feel extremely grateful to have worked since graduating. Whenever I’m performing, in whatever way, shape or form, I’m able to forget about what is going on in the world right now, which is a lovely feeling.

When I first heard about the photoshoot, I didn’t actually consider asking Chris (@chrispoonmd) if I could be part of it because I’m half Asian and I felt a sort of imposter syndrome coming from a mixed heritage background. I remember Chris telling me that that’s the whole point of the photoshoot. We don’t want 10 exactly the same people from the same part of Asia. That kind of made me realise that I shouldn’t have to feel like an imposter. There was this quote from a page on Twitter which I read and liked. I can’t remember the exact quote, but it was about this guy who was also part Asian and he said how we shouldn’t need to be half this or half that. We are both. That really stuck with me!

The photoshoot was also a way for me to step back, appreciate and embrace my heritage. I don’t think I really had the chance to embrace it much when I was growing up in London. Having met so many amazing people during the shoot, it really made me want to promote and engage with my Asian heritage more. My nan has sadly passed away now but the next time when I have the opportunity, I want to sit down with my mom and find out more about Malaysia and Hong Kong where she grew up. Part of my bucket list is to also visit more places in South East Asia!

Overall, I think we need more conversations around Asian talent because on stage, particularly in musicals, Asian talent simply isn’t represented enough. This is definitely not a quick fix but change can happen by getting more young people involved in and inspired by theatre, so that they can build a generation that is more proportionally represented. At the same time, change needs to happen behind the scenes, such as in writing. We need more shows that explore Asian heritage.There are so many more stories to be written and told. I do think it’s down to people like myself and others to become pioneers and start creating these conversations. That’s what we need in order to build a better future.