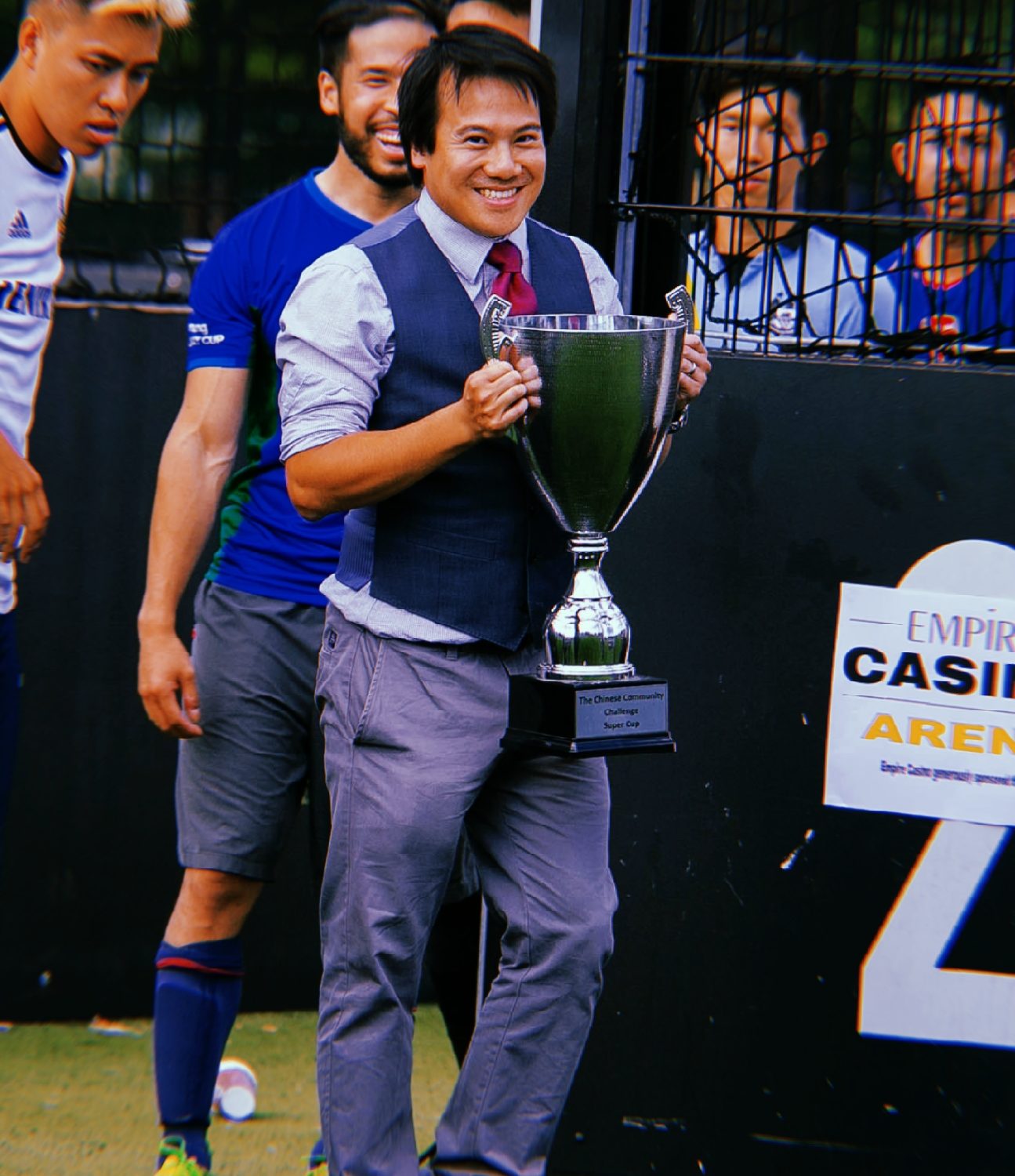 As the trustee of the London Chinese Community Centre, I generally work with the youth club, and the sports teams. During the day, I also run my family business where we import Chinese gifts and crafts from China, and we sell it here to other businesses and online platforms. Personally, I’ve always been involved in the local Chinese community because I’ve always felt a responsibility to help the community.

For example, during the lockdown, I’ve been helping send out facemasks to to elderly, I’ve been helping check up on elderly people in London. I feel the responsibility to my community, and that comes from my father who did similar things. If you just get more people involved in doing community work, that will help everyone.

I’m also the founder of Frank Soo Foundation. Frank Soo played football in the 1930s and 40s. He captained for Stoke City and is the only player of Asian descent to ever represent England at men’s level. He also played for Leicester City, Luton Town and also other teams. During WWII, he even captained the Royal Air Force team against Scotland XI.

However, due to the war, his games for England were never counted as caps as the games were unofficial matches. After that, he coached quite a few teams he coached out in Scandinavia. What we’re trying to do is bring his story and his legacy out to the masses.

This is one of those stories lost in time. I was only made aware of it in about 2016, where I was introduced to Susan Gardiner who wrote the story of Frank Soo. After knowing about him and learning about him, I just felt that I had to do something.

One of the projects that we want to start is to get more coaches involved from our community. The most important thing really is to get the grassroots going. If we can get a group of coaches from our community out there, they could start their own communities and get more Asian people.

We’re looking for role models here and those role models aren’t just the people that we see on TV. Role models can be your coaches, your teachers, your parents, the people around you. That’s the important thing I feel that needs to be done to expand that sort of talent pool. From that, that’s when you can get more people that are going to be good enough to go into sports. That’s one of the things that we feel that we need to do.

What would be amazing is if one day we can help support someone who does well in the Premier League, or in any League, and see them put on the England shirt.

There’s only four or three of us who are actively doing the legwork for the foundation. So we’re always looking for more volunteers to help us with more ideas for things to do. We’ve not really been going for that long. We’re all learning.

So if there is anyone out there who is interested in helping or has any ideas, I’m very open to listening.