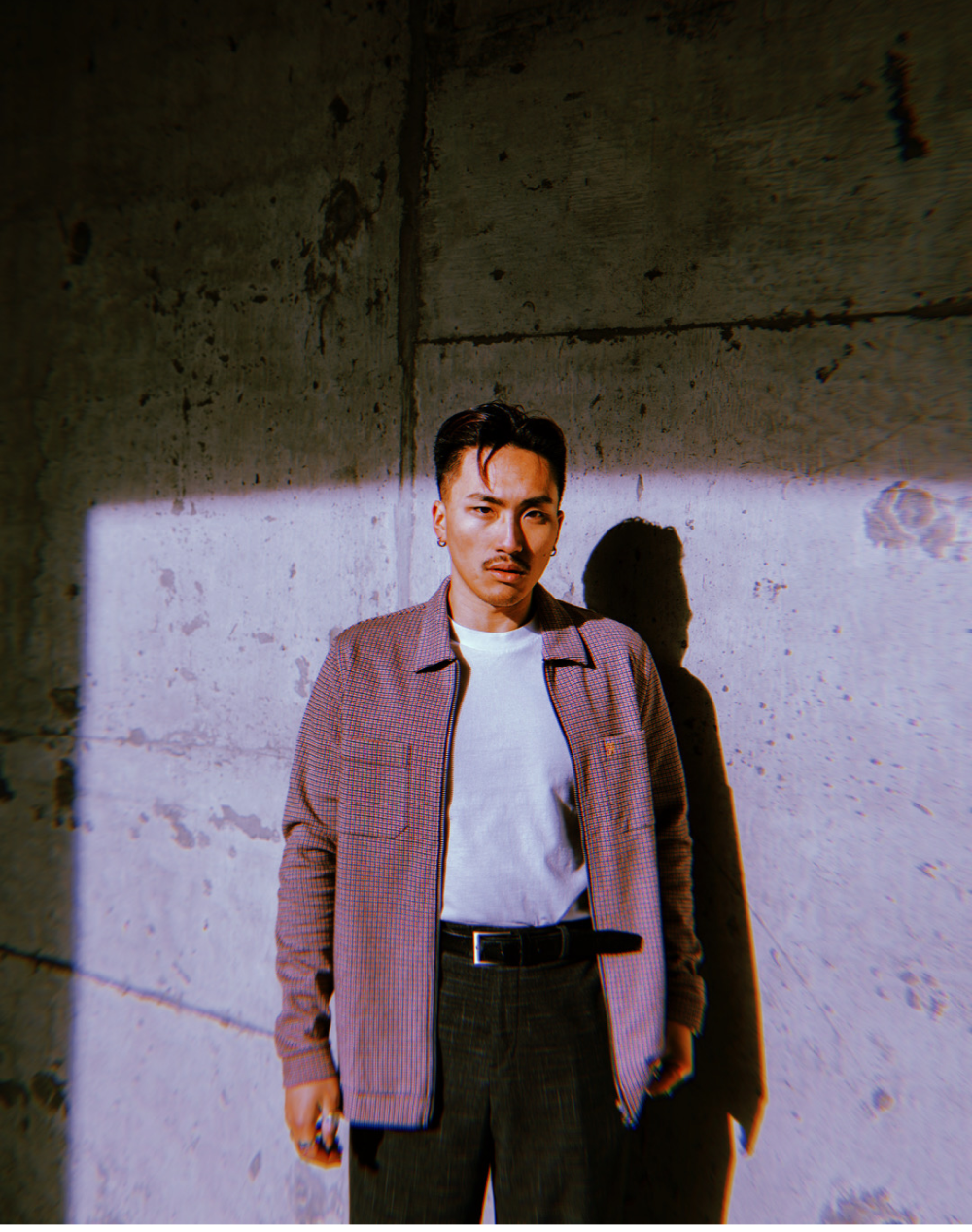 My artist name is Hongza, but my name is Sam Hong. My heritage is Vietnamese, and I’ve got a bit of Chinese in me. I was born and raised in the UK, and I’ve just had a passion for music my entire life.

I learnt how to play the guitar when I was nine years old. I started playing in bands, in assembly in secondary school and then studied Music at GCSE and A-Level. That’s why I started making covers on YouTube (really bad covers), but you’ve got to start somewhere! I joined my first band, Route 16. And then I joined the shoegaze band called DAZE, that’s where it kicked off in terms of my musical journey. We did a couple tours and ended up splitting up, unfortunately. But that’s when I began my solo journey.

I have recently released my debut EP! My previous singles have been added to Apple’s new alternative playlist. There’s been loads and loads of support, which has been really lovely for me. That’s how I became a musician, just out of the love of it. My EP is a coming of age soundtrack. It’s called Gen Z. It’s all about being a Gen Z in our era. So it goes through the topics of online dating, toxic social media culture, recovering from heartbreak, friends and family, finding love and going through an identity crisis. I think a lot of the songs I write are quite personal to me, and that’s where I get my creative process from.

I work in industry as well. Being on both sides within the industry, being an artist and a musician, I think I get the insight on what it’s like to be an artist. As much as I would love to be a full time artist, it’s very hard. If you see it in the hierarchy of the music industry, artists are at the bottom. And royalty rates are really low. People aren’t really buying music and at the moment live music is out of action due to the pandemic. My dream would be to be a full time artist because that’s amazing, just being paid to play music and talk to bands and be creative.

I think the most challenging part of it is when you put out music, especially in the early stages, because your expectations are so high when you’re younger. All you do is spend time on your phone. That’s the only way you can look at growth and look at how people are reacting to your music.

I think having that mindset of being locked into statistics and analytics is so bad. I think that was the hardest journey because it was really affecting my mental health. I just thought I wasn’t good enough for people. Luckily I’ve gone out of that mindset, and now I’m releasing music without any expectations.

I kind of want to be part of this journey to change the mindset of the older generations that allow younger people that look like us to be able to do stuff, like be musicians and artists etc.

My advice would be, do it. Just go for it and practice hard. Don’t stop working.

Work your arse off because the music industry is really competitive. If you’re Asian as well, and you’re not working 10 times harder than your white counterparts, you’re not going to get anywhere. Work hard and make the best music. Use all the tools that you can to export your music, like TikTok, Instagram, and just create the best tunes that you possibly can.