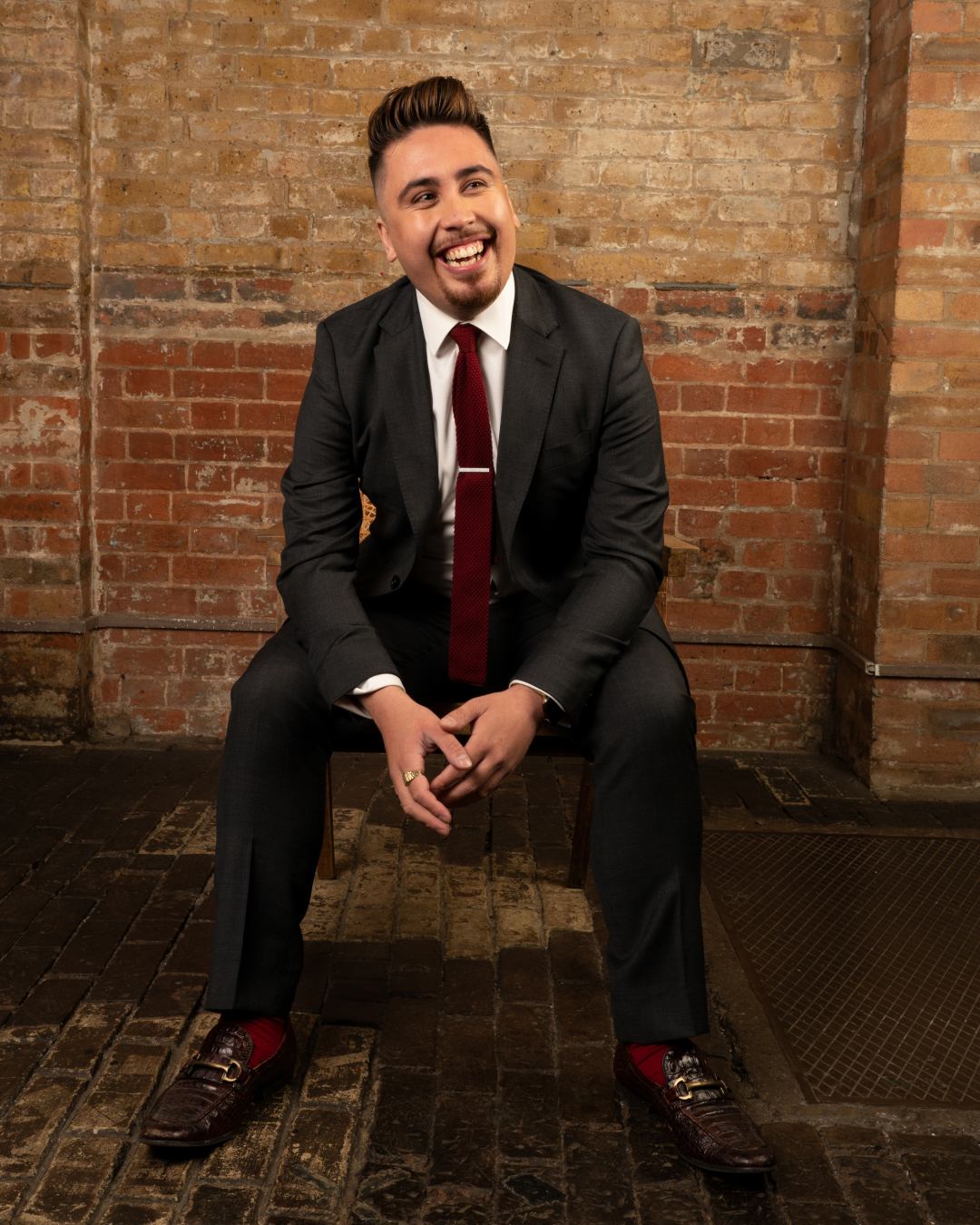 “I’m a filmmaker and I grew up in the UK. I’m mixed race British Filipino so I grew up between these two cultures. I started making little films for YouTube when I was about 12 and just kind of didn’t stop doing that. I don’t really feel like I’m good at anything else. I currently work freelance as a filmmaker in London. My end goal is to have creative independence and produce whatever I’m passionate about, whether that is in the form of narrative or documentaries as well as music videos.

I really love the notion that film has become a democratised art form. Writing became democratised when pencils became accessible and within our lifetime, we watched filmmaking become democratised with phones becoming able to to record, edit and publish HD videos. They are also able to distribute it globally for free all from your phone. As a result, a lot of people get into visual storytelling, without the need of nepotism required or huge expensive cameras. I think especially with platforms like TikTok and Instagram, kids growing up now have more access than we ever had. I remember growing up, I would use a webcam to film myself doing little comedy sketches in my bedroom. I was the only kid in school who would do this kind of stuff. Now, it’s such a mainstream thing. If you ask the kids these days what their dream job is, it would be either a YouTuber or TikToker.

I want to be able to use the language of filmmaking and apply it to social media videos because I think social media content creators neglect the past too much. Within film, the craft of telling stories visually through cinematography and editing, and how to convey information visually has already been developed for over a century now in cinema so it’s nonsensical to ignore the established codes and conventions of visual storytelling language completely when it can be so easily translated directly and could improve TikTok and YouTube. My dream is that one day I can have my own Netflix shows or feature films under my belt, but I’ll probably still make videos for YouTube because of the freedom it allows.

Especially through my YouTube work, I want to be able to educate and give a voice to people from other cultures, while being entertaining! In the past few years, I’ve been focusing a lot on making videos on food. Food is huge on YouTube but I feel so much of it is very shallow with little focus on education or exploring the culture behind the dishes, even when it’s a travel channel. I mostly work with restaurants and chefs from different cultural backgrounds. Food is a great gateway into another culture and ultimately something that unites all people!

Recently I’ve been trying to expand from just food on my YouTube videos. I’ve been working on documentary-style videos with a similar format but about exploring other aspects of culture. The first one will be on Wing Chun kung fu! I started Wing Chun training over lockdown as a way to try to get rid of my lockdown belly and have really been loving it. My teacher or ‘Sifu’ is Leo Au Yeung. Back in Hong Kong trained under Ip Chun and Ip Ching since he was young. His teacher’s father was Ip Man, who famously taught Bruce Lee! So technically, Bruce Lee and I are only a few degrees away from being mates. My Sifu also worked as a choreographer for the Ip Man films with Donnie Yen. He’s probably the best person to talk to about kung fu in the UK! In the video, there will be a serious part of me talking to him about the history and principles of Wing Chun but also since it is a YouTube video after all a good amount of footage of me essentially beating me up on camera by my Sifu and me attempting-and probably failing to break boards with the famous Wing Chun 1-inch punch. I’m excited to interview more experts in their field and promote more culture through my YouTube, especially for Filipino culture as I feel Filipino culture is greatly underrepresented. Basically, I’d like to become the half Asian Louis Theroux of YouTube.

I think a lot of people have the mentality that talent doesn’t get you anywhere, but I think it does that if you show your talent and passion. If you put yourself out there, people will notice. I’ve seen people who are talented and passionate but hold themselves back due to concerns about money and finance or self-doubt. It’s going to be difficult but as a creative, you need to find a way to create alongside making a living until you creating is your living! Make sure people know what you’re doing and don’t just do it quietly or you’ll go nowhere.

Growing up, half British and half Filipino growing up in the UK, I never felt normal. I suppressed my Asian identity and even to the extent of being ashamed of it. I grew up in a small white town and it really made me feel weird to be different and I just wanted to be normal. My mother was a first generation Filipina and she sacrificed a lot to come here and give me a good life. She gave up her way of life living in the rural Philippines, moved thousands of miles away from her family before international calls were affordable and put up with so much racism upon arrival here in the UK just to give me a better life. Acknowledging that has motivated me to reconnect again with not just my Filipino side but help promote the Asian community.

When I was approached to participate in this photoshoot, I just felt that it’s really positive because there wasn’t any big political message behind it. It was simply to showcase and champion Asian representation. I think we’re at a strange point within the state of representation of the Asian communities in the west because we’ve had a few years of incredible representation within Hollywood such as an all-Asian cast in Crazy Rich Asian, Disney putting out a Filipino-inspired Christmas short and the South-East Asian inspired Raya and the Last Dragon, the Korean movie Parasite winning an Oscar and Kpop becoming popular worldwide to a crazy degree. However, the racist connotations of coronavirus and blaming Asians has really set us back so much, thus anything that champions Asian culture, especially in the western society, is incredibly important and I’m proud to be apart and recognised within my community!