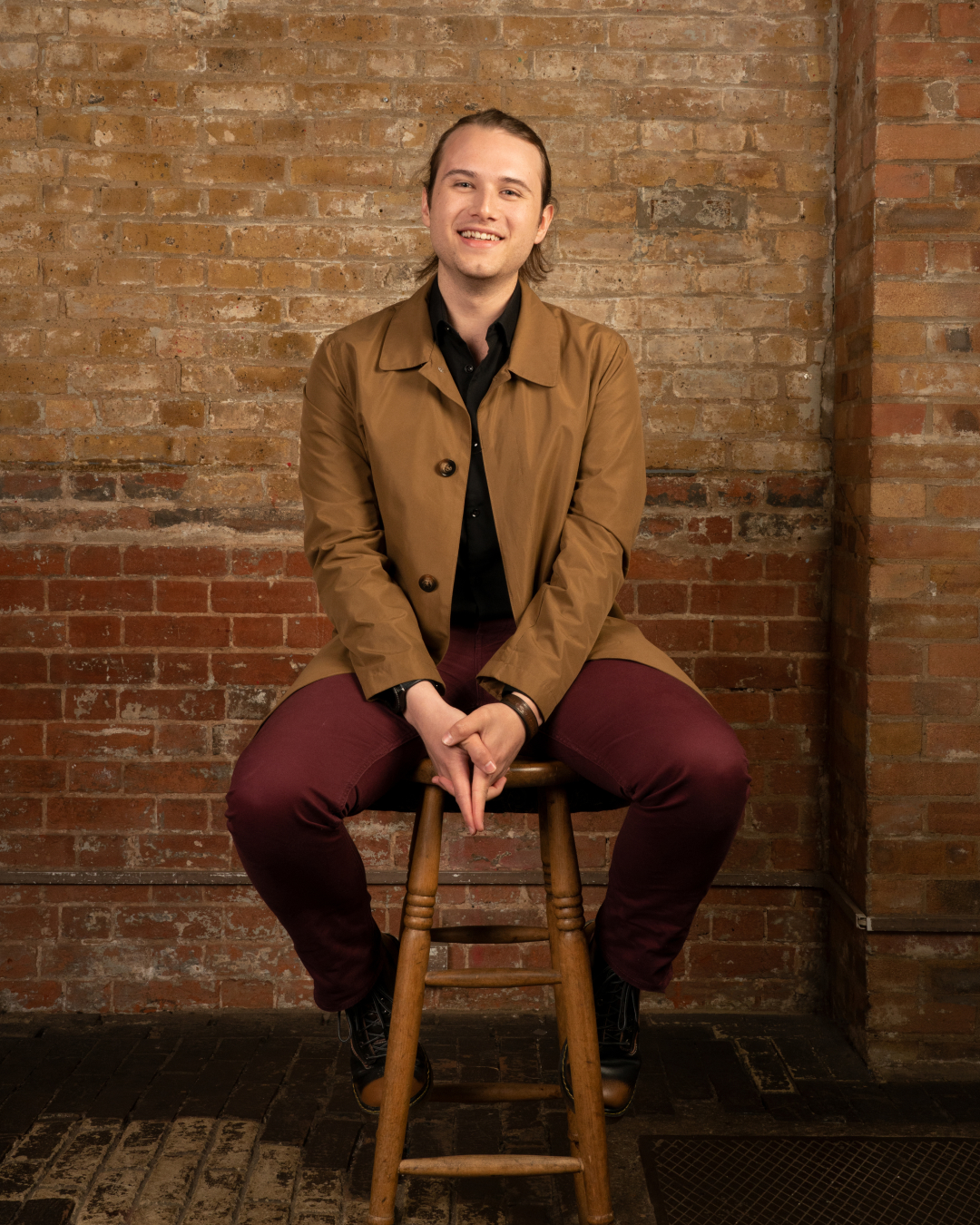 I grew up in Perth, Western Australia to a single mother. My mom’s side of the family is from Singapore and my grandparents are from Kuala Lumpur and Malacca, Malaysia. I think the whole family except my grandmother’s brother immigrated to Central Australia in the mid-70s. So, I grew up in a very close-knit family. I then moved to the States in upstate New York in 2009 midway through high school.

I’m an actor and musician by training and by choice. Of course my mum took me to Piano lessons when I was younger, but I bounced between instruments, picking up guitar and saxophone along the way. I started pursuing Theatre during High School, and Musical Theatre was my way of doing all the things I loved at once. I finished an Undergraduate degree in Musical theatre, and Journalism, in New York and then moved to the UK to do my masters at the Royal Conservatoire of Scotland in 2017/2018. I enjoy playing music and I want to write more but I think I’m my own worst critic, never really brave enough to get anything out. I don’t think I’m the only one who thinks that everything needs to be perfect but because of that, you never get anything done.

I grew up with my mom’s side of the family and I was fortunate enough to go to school in an area that had a large Asian community. So, for example, during Chinese New Year, we would have the lion dance in the middle of the Church Pavillion, and every few weeks they would be selling curry puffs and satay from stalls outside the church. It was great and I miss that so much! I never really felt out of place until I moved to the States. I don’t want to say that it’s an American ideal but everyone was so focused on who you are or what your label is and where you fit in, probably just so it’s easier for them to figure out how to deal with you. I guess because physically I look more white than Asian… I think it was more of an issue to me personally. For the longest time, I’ve always hidden the Asian part of me, and if it was ever brought up “which side is asian?” I’d make some joke and say the left. I thought it was easier to not deal with the labels and perceptions, and I felt complicit in using my perceived whiteness for my own benefit rather than my community’s benefit. It might be more of a safety thing as well because the more I blend in and pretend, I think nothing can happen. However, I’ve realised that by doing that I’m subconsciously acknowledging that being different is a negative, it means something bad will happen. I think the turning point for me was when Black Lives Matter happened coupled with COVID anti-Asian hate crimes. I can feel my blood pressure rising just thinking about it.

Living in the states, my mother and sister (who looks a lot more like our mum than I do), would constantly get harassed with questions like “where are you from?” all the time, and COVID only made it worse. Even back in Australia, there were reports of Asians being verbally harassed, and spit on. What’s going on? Why has the whole world suddenly decided that this is on the table and that they can scapegoat us for their issues? It was frustrating because there was all this talk about how we were the token minority, and that these were only minor problems. It’s not the oppression olympics, and it’s not just one problem. These sentiments didn’t just spring up overnight. It’s not right, and I’ve done nothing, said nothing, about it in the past. Then the Atlanta shootings happened, and I was done walking away. I was furious yet driven to do something about it. I looked at the people who didn’t go home in Atlanta, and I saw my family. They’re my godma, my gran and my aunties. It was too familiar for me to be comfortable. I then came across Asians in Britain’s photoshoot, and it was something that I’ve been stepping away from for so long. I wanted to reclaim what I’ve previously hidden away, and re-join the community and lend my voice.

I remember watching Hassan Minaj’s Homecoming King show, and he mentions how after September 11 happened, his family was targeted and their car window got smashed and his dad just went and cleaned up the glass and moved on. These things happen. Hassan on the other hand was understandably pissed. He then explained how his dad came from a generation, like a lot of immigrants, where in order to earn the right to be here, you have to pay the tax, endure some racism, and if you get by that’s enough; he was content with it. Whereas Hassan was, and I love this quote, “born with the audacity of equality.” It’s past the point of “being the bigger man” and just letting it slide.

I felt so distant from the Asian side of me. I sometimes look in the mirror and I just don’t see it. Obviously, I was also gatekeeping myself out of it. However, I’m not going to lie, I was worried that when I rocked up to the photoshoot, people would tell me to go home, that I’m not Asian enough. It’s tough for me to put it into words exactly how I felt when I walked into the studio but it was the exact opposite of what I’d feared. It was like coming home. There was no need to pretend to be something else, or worry about a convoluted cultural history, we all just made sense, and I still can’t lose the smile thinking about it. Everyone was so open to meeting each other and we all shared common experiences. It gave me a lot of hope, especially in terms of what we can all achieve together. I’m so grateful, honoured and glad that I was part of this project.

I have only moved to London a year before the pandemic, so my professional career was definitely at the beginning, but I’m currently working on writing a musical, a passion project of mine, which I want to get it out at some point. I’m going to keep on chasing that dream. Ultimately, at the end of the day, I want to make a living doing creative work; music, stage, film and TV, whatever comes my way. I just want to work with creative and honest people, and use my voice and privilege to help my family, my community and those in need. If I can get people to think more openly about the people and world around them, then even better. I want to be a role model for other people like me, people who feel like they need to tick boxes, or fit into one or the other, because you don’t have to be one thing, it’s not a percentage game. You are who you are, the sum of your own experiences, and no one else can tell you otherwise.