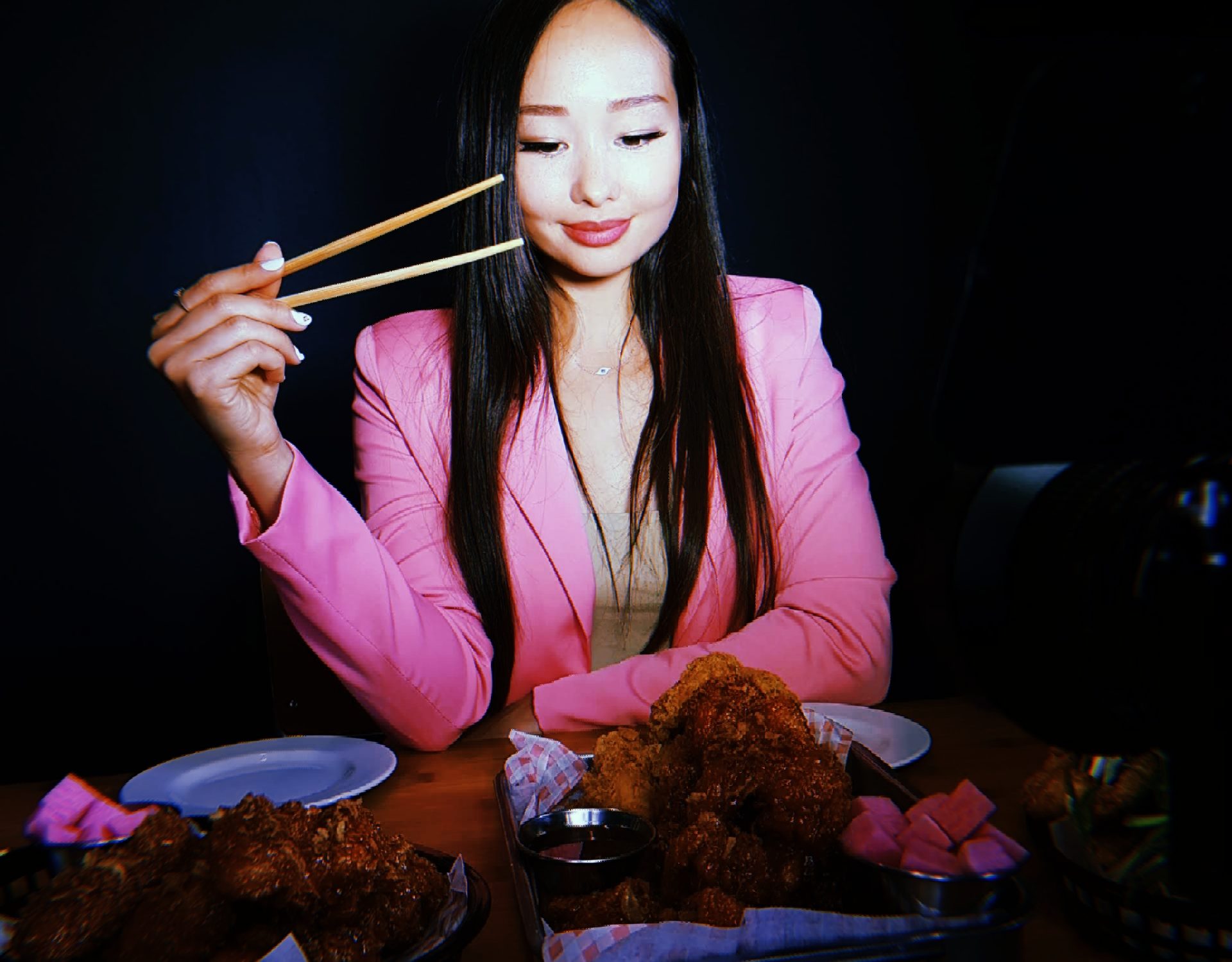 It took me quite a long time to accept and embrace my mixed heritage and be proud of both sides… I feel proud of who I am and own it – because I can’t change who I was born to be.

Growing up in the UK in the suburbs, the school I attended was predominantly white English. I looked more Korean than English so I stood out. Children would make derogatory comments and remark on my eyes or the colour of my skin as I was much darker when I was younger. As a child, I didn’t want to be different. I wanted to be accepted so I would often go home and complain to my mum asking her why I had to look this way and why I couldn’t just be English. Looking back, this must have really hurt her, but as a 5 year old child, my feelings were more important and all I could think about was how I felt.

So naturally, I gravitated towards children who were also treated like outcasts at school. We formed a group and it made me feel safe because I finally felt accepted. However, despite having a community within the school, I still hated my mixed heritage and wanting so badly to be English. I wanted to have fair skin, blonde hair and blue eyes. I was having my identity crisis. I did not feel like I belonged and I was not accepted for who I was.

It actually took me quite a long time to accept and embrace my mixed heritage and be proud of both sides. These feelings are not unique to people of mixed heritage, I’ve had countless conversations with friends who are BBC or have parents who are immigrants and they have said the same thing to me. This can happen to anyone regardless of your ethnicity, if you are different to the norm, it can make people feel uncomfortable and prejudiced.

When I read Akala’s book, ‘Natives’, it gave me a degree of comfort to discover the universality of the experiences people with mixed background go through and also experience racism. It made me realise that these things do happen to others and I wasn’t imagining it. It also took me a long time to realise the long term impacts on myself. In his book he mentions, ‘racist insults leave you feeling dirty because even at 5 years old, we already know on some level, that in this society at least, we are indeed lesser citizens.’

As a 5 year old, these experiences had a negative impact towards shaping my view of the world. That’s why platforms like Asians in Britain where we can discuss our culture and break down stereotypes is so important.

It took me a long time to embrace my Korean side and be proud of my mother’s heritage. It didn’t start until secondary school when the Hallyu wave began when there was a global increase of popularity in South Korean culture. I saw people that had features like me on the internet being celebrated and praised worldwide and realised I should feel proud of who I am and own it – because I can’t change who I was born to be.

With the rise of popularity in Korean food, it has become my goal and mission to promote real authentic Korean food as I feel its important to educate people on the real taste and history behind Korean dishes before being exposed to “Western” versions or watered down versions that don’t give a true taste of what Korean food is. I want people to experience Korean food like a Korean!