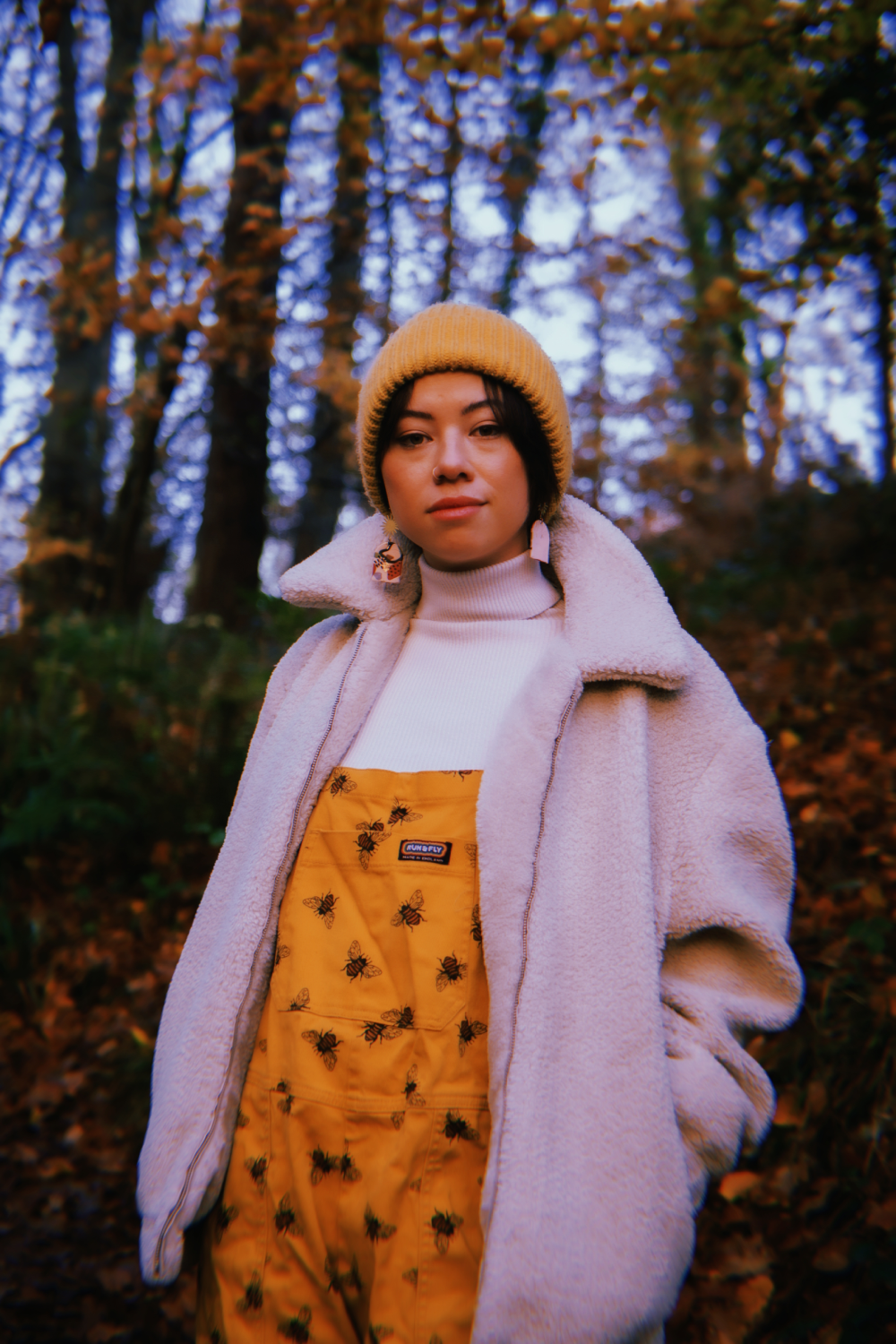 I am a climate activist and that’s largely what my work is centred around. A wild opportunity arose 2 years ago where I was asked to sail across the Atlantic Ocean to go to the UN Climate Conference in Chile. My journey was sponsored by Stella McCartney. I ended up in South America and lived in Colombia for three months. In the process, I helped set up an organisation and project that was taking Latin American and Caribbean youth back to Europe, by sailboat for a UN Climate Conference.

I think the reason in part is because the way that we know the environmental movement now is through the lens of a lot of white people. That’s not to say that they don’t raise valid concerns, because we need to know about the science and facts and figures. But at the same time, you can’t help but be biased. If you’re raised in an environment where you’ve never had to think about your race, financial background, gender, or your sexuality; of course, you’re going to go through this form of activism with straightforward lenses.

But I also recognise that I have a lot of privilege because I’m half white. People are more likely to listen to me than say, my friends who are fully Chinese, Korean or Japanese. These conversations are so important in the environmental movement, and it’s not happening enough. That’s what I try to do with my advocacy.

Representation within the climate movement and the environmental movement and hearing people’s stories are so important. I’d love to create spaces for young people in particular, who may not find activism as financially fulfilling because it’s really hard to earn money. I really want to find opportunities for people to empower themselves and to have agency with their work.

I advocate for not only environmentalism, but also mental health. That’s a huge part of my existence in my work. The beautiful thing is that they’re all linked.

Part of my mental health advocacy is realising that so much of my mental health is hinged on systems of injustice. I have experienced racism and sexism. Environmental issues that were literally on the border to me growing up have fueled my mental health problems in a way that is not often talked about. As Asians, we want to invalidate our struggles because our culture tells us to. But you don’t have to do it that way anymore.

My success is very much defined by what is authentic to me. Having broken free of the expectations of my environment, I feel successful. It is not measured by any form of financial success, but authenticity. Don’t be afraid to validate yourself and your struggles. Don’t be afraid to start embarking on a journey where you realise the experiences that you’ve had in your life and how they may have hurt you, or how they may have held you back. You’re valid and your stories in your struggles are a huge way of dismantling these terrible systems. It’s really important for people to feel like they have space to validate not only themselves, but their peers as well. That’s what I want to leave on.

Return to Stories of Asians in Britain page